On Tuesday, just as Toshiba was congratulating itself on averting an activist threat at its annual shareholder meeting, its outside directors received a letter from one of the company’s biggest investors that had the potential to warp into scandal.

How, the investor wanted to know, did its hefty bloc of 5m votes (1.1 per cent of Toshiba’s outstanding shares), confirmed as posted ahead of a knife-edge AGM, take four days to cross Tokyo’s small financial district and not arrive with the administrator until the day after the voting deadline? Toshiba, Japan Post, and the administrators, Sumitomo Mitsui Trust Bank, are currently scrambling to find out. And even if the answer is wholly prosaic — the fault of a Covid-stricken postal service, perhaps, or some other ham-fisted error — Toshiba has made itself exceptionally fertile soil for conspiracy theories.

Over the past five years, a period that has encompassed a huge accounting scandal, the bankruptcy of its US nuclear operations, a trip to the edge of financial collapse and the forced sale of its prized memory chip business, Toshiba’s reputation has plummeted. Its propensity for readily and openly grappling with its issues has seemed especially fragile. For half a decade, it has staggered from self-inflicted disaster to jerry-built fix, never quite admitting that it is in a state of crisis and, perhaps most bafflingly, never shedding its status as a beloved icon of Japan Inc that the state will protect where it can.

At the same time, it has steadily reduced itself to a lesser version of the titan it once was, with the latest diminution coming last week. In 1985, Toshiba launched the world’s first mass-market laptop; on August 4 it sold its last remaining stake in that business.

Toshiba’s most immediate headaches centre on its AGM, which was held on July 31. It was intensely fraught and for some, a litmus test of the Japanese government’s tolerance levels towards investor activism. As is always the case for Japanese CEOs, Toshiba’s chief executive, Nobuaki Kurumatani, faced the technical possibility of being forced out by a low approval from shareholders. In his case, that risk was heightened by his generally uninspiring turnround attempts, a new financial scandal that surfaced in February and a prickle of activist and foreign shareholders who have been camped on Toshiba’s register since an emergency equity issuance in 2017.

On top of his personal survival, Mr Kurumatani’s AGM challenge included proposals from two Singapore-based funds, one of them the secretive Effissimo that held a 15 per cent stake (now reduced) and remains Toshiba’s largest shareholder. The bite of the proposals, which were focused on electing a number of new board members, lay in their perceived attack on Mr Kurumatani’s tenure.

His response, as one large shareholder put it, “felt like the revenge fantasy of Japan Inc”: an all-out effort to defeat the activists that pulled on every string of influence available, deployed Goldman Sachs as an adviser on anti-activist defence and, allege other investors, placed unprecedented pressure on certain funds and shareholder advisory firms. 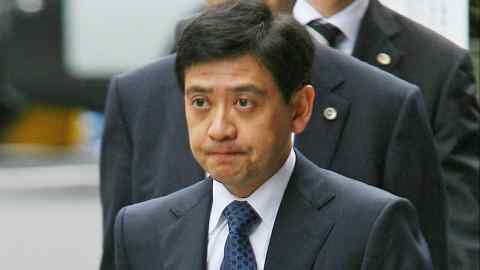 Critically, Toshiba’s AGM was also a first test of how the government would use its newly acquired powers under the revised Foreign Exchange and Foreign Trade Act (Fefta). This requires foreign investors, such as Effissimo, to seek official approval to vote on proposals that would elect individuals to the boards of Japanese companies deemed to have national security sensitivities. In this instance, the government withheld the necessary approval until a few days before the AGM. The fear around Fefta has always been that it would provide scope for companies like Toshiba to add direct government interference to their arsenal of anti-activist strategies. And that, alleges Effissimo, is exactly what happened.

In the event, both the overt and behind-the-scenes manipulations appear to have bought Toshiba the victory it wanted. Activists were, in effect, set against one another and their proposals defeated. And while Mr Kurumatani’s own 58 per cent approval score was dismally low by Japanese CEO standards, he scraped his way to a place of apparent safety. Key votes appear to have swung mysteriously at the last minute and investors have begun muttering darkly about a clear retreat on the sort of pro-shareholder progress that had been made in recent years.

Tuesday’s complaint from the large investor may fizzle, or it may, for some, reinforce those conclusions. Toshiba’s AGM has provided a reminder of the forces that can be unleashed when pro-shareholder momentum is lost. The question is not whether Toshiba would ever rig a shareholder vote, but whether the company is merely a prominent example in a stock market that is generally rigged against shareholders.